The Bracelet on my Wrist 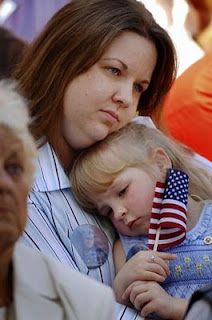 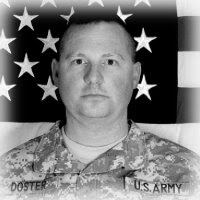 A guy, who like me, wanted nothing more than to lead soldiers one more time before retiring. A guy who, like me, had heartache about where the Army had sent him during his career, and the regrets of missed opportunities. Jim and I became friends while sitting next to each other during Battle Staff NCO Course at Fort Riley. Since we had PC's at our desks, we would entertain each other by trying to find the most ridiculous and raunchiest pictures possible on the internet (not easy on a .gov domain), while the instructor droned on about Combat Service Support or some other less than thrilling topic.

Leading men in battle is the pinnacle of the profession of a warrior. It's not a dream or desire that someone truly wishes for, because true warriors pray for peace. But when the call comes, there is no greater honor, nor greater test than meeting the challenge of combat, defeating your enemy and keeping your men alive.

After enduring the indentured servitude of staff work at FOB Falcon, Jim was called up, and took the reigns of a platoon of door kickers from our Brigade, but based out of FOB Rustimiyuh. A couple of weeks before he was scheduled to come home for R&R, an IED took his life. He didn't go quickly or without a fight. Despite severe trauma and loss of blood, Jim held on through the evacuation to the CSH in the IZ (Green Zone). He fought his greatest battle, but it was not enough.

My brother, who I could always go to when I was down....who would always join me in bitching about the oxygen thieves we worked with, and for......left for another FOB, and then left forever.

Like me, he had a loving wife and two beautiful daughters that were the center of his universe. We made plans to get our families together after we returned from Baghdad. We talked of our plans to retire and what in the world we would do once we grew up.

Two friends, two brothers..........united in profession, the love of our families and the simple pursuit of trying to do the right thing. One gets to go home and lead a full life, the other ripped away in an instant. One family living each day in innocent bliss, sometimes taking for granted the true treasures of life; the other living each day changed by the pulse of an electrical circuit and explosives, never enjoying a day without sorrow.

Why? Who rolled the dice that day and decided that Jim couldn't come home? What greater purpose was served by Kathryn and Grace not having their Daddy? My greatest nightmare is to think of Emelie and Susanna in that same situation. That's all I can write now, I'm sitting in Starbucks and people are starting to look at me funny.

I try to honor Jim's memory in the only way I know how.....to love my wife and daughters like he loved his. I wear his KIA bracelet on my wrist everyday to remember.
Posted by Constitutional Insurgent at 1:43 PM