This is the Party of Pretend Patriotism


Some members of the GOP debate audience booed a gay soldier who asked via video whether the Republican candidates would reinstitute the recently repealed "Don't ask, don't tell" policy of banning openly gay soldiers.


After Stephen Hill, who is serving in the Army in Iraq, asked his question, a handful of members of the audience booed loudly. None of the Republican candidates responded to the audience's reaction.


I won't even broach the dishonest idiocy of Santorum's response, because he's at least entitled to his opinion.


I'm amazed at how diligent the GOP is in pushing me farther and farther away from ever casting a vote for national level candidates.


During the chaos of the 9/11 attacks, where almost 3,000 people died, nearly 100 loyal search and rescue dogs and their brave owners scoured Ground Zero for survivors.

Now, ten years on, just 12 of these heroic canines survive, and they have been commemorated in a touching series of portraits entitled Retrieved.  The dogs worked tirelessly to search for anyone trapped alive in the rubble, along with countless emergency service workers and members of the public.

Traveling across nine states in the U.S. from Texas to Maryland, Dutch photographer Charlotte Dumas, 34, captured the remaining dogs in their twilight years in their homes where they still live with their handlers, a full decade on from 9/11.

Their stories have now been compiled in a book, called Retrieved, which is published on Friday, the tenth anniversary of the attacks.

Noted for her touching portraits of animals, especially dogs, Charlotte wanted ‘Retrieved’ to mark not only the anniversary of the September 2001 attacks, but also as recognition for some of the first responders and their dogs.

‘I felt this was a turning point, especially for the dogs, who although are not forgotten, are not as prominent as the human stories involved,’ explained Charlotte, who splits her time between New York and Amsterdam.
‘They speak to us as a different species and animals are greatly important for our sense of empathy and to put things into perspective.’

Were you even aware? Have you heard anything in the media? Political blogs?


For a man to charge into fire once requires grit that is instinctive in few men; to do so a second time, now knowing what awaits you, requires inner resolve beyond instinct; to repeat a third time is courage above and beyond any call of duty; to go in a fourth time is to know you will die; to go in a fifth time is beyond comprehension.

Since we all don't have Uncle Phil as a wardrobe sugar daddy....here is a handy guide to wear the correct color on game day.


Ten years have passed and we still clutch pearls at the notion of a terrorist attack......not because of any increased capability by an extreme minority of Islamic radicals, but because it's been creatively and intrinsically tied to our sense of nationalism.

Case in point - the boorish hissy-fit the right wing punditocracy is throwing over Krugman's column. Not that Krugman said anything factually incorrect mind you....but that he dared utter sentiments that are not politically correct. The same stripe of 'patriots' who gush over the fact and principle challenged screeds of Pamela Gellar, now question Krugman's patriotism, mental health  and sanity. These same sycophants are heard to scoff and roil at speakers such as Jeremiah Wright offering opinion that we have been complicit in our own turmoil......but are never heard to question those fundamentalists who preach these attacks are God's vengeance for the 'sins' of homosexuality and 'faithlessness'.

We have terrorized ourselves far beyond that which al Qa'ida could have dreamed of. We have utterly failed in the cost-benefit analysis of the threat of terrorism. We are positioned to view even usurpation of tyrannical despotism [in the form of the 'Arab spring'] as ominous warnings of extremism morphing into statehood.........utterly oblivious to the actual condition of even the boogeyman specters, much less the motivations of the citizens who pursue any semblance of democracy.

Simple introspective analysis is discarded for talking points and patriotic catch phrases. Ritual defamation is chosen over rational debate. Politically correct is favored over political risk, which ironically circles back around in the form of politics of fear.

Many Americans feel no need to lead by example, or show any decent human trait of humility....they wish for Team USA to take the field and entertain their sense of infallibility, while distracting them from critical thought. We've set a trap for our constitutional principles and liberties, disguised as 'safeguarding' and 'protection'. Once we finally [if ever] awaken from the stupor that blinds us to the realistic level of threat terrorism poses....we'll realize that we've been our own worst enemy all along.

Terrorist groups who attack us or our allies must be ruthlessly eliminated....but that would require a significant shift in national policy. A shift that doesn't quite abide by the playbook.

Kudo's to Michelle Bachmann for her stand last night on the HPV vaccine and Perry's relationship to Gardasil!

Shame on the audience for booing Ron Paul on his factually correct, and easily sourced statement on the motives of terrorists vs. Muslims.
Posted by Constitutional Insurgent at 4:08 PM 0 comments

Posted by Constitutional Insurgent at 11:00 AM 1 comments

Your media bias of the day....Updated

Steve Doocy of Fox & Friends [favorite morning show of the Christocrats] repeats the blatant lie penned by the writers at Fox Nation.

Posted by Constitutional Insurgent at 9:44 AM 0 comments

"Studies show that no society that has totally embraced homosexuality has lasted more than, you know, a few decades. So it’s the death knell of this country. I honestly think it’s the biggest threat our nation has, even more so than terrorism or Islam, which I think is a big threat... If you got cancer or something in your little toe, do you say, well, you know, I’m just going to forget about it because the rest of me is fine? It spreads. OK? And this stuff is deadly, and it’s spreading, and it will destroy our young people, it will destroy this nation."

THIS is what America is about

Only 12 survivors were pulled from the rubble of the World Trade Center after the towers fell on Sept. 11, despite intense rescue efforts. Two of the last three to be located and saved were Port Authority police officers. They were not discovered by a heroic firefighter, or a rescue worker, or a cop. They were discovered by Dave Karnes.

Karnes hadn't been near the World Trade Center. He wasn't even in New York when the planes hit the towers. He was in Wilton, Conn., working in his job as a senior accountant with Deloitte Touche. When the second plane hit, Karnes told his colleagues, "We're at war." He had spent 23 years in the Marine Corps infantry and felt it was his duty to help. Karnes told his boss he might not see him for a while.

Then he went to get a haircut.

Your media bias of the day

There's your 'Liberal Media'. If you have the stomach, read through the infantile comments from the fine patriots at Fox Nation.
Posted by Constitutional Insurgent at 2:03 PM 2 comments

I'm all for public participation in politics....

But not all citizens are equipped to provide meaningful input.

And two quotes seem unbelievably appropriate for my life:

Ever notices how you come across somebody once in a while that you shouldn't have fucked with?......That's me.


You're wrong, eggroll, I know exactly what I'm talking about. I may not be the most pleasant person to be around, but I got the best woman who was ever on this planet to marry me. I worked at it. It was the best thing ever happened to me, hands down. 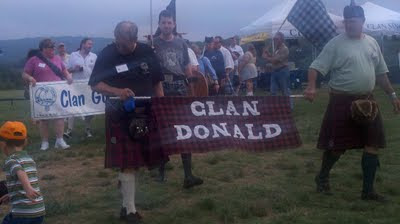 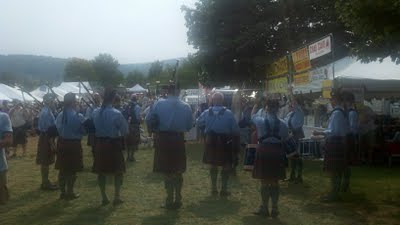 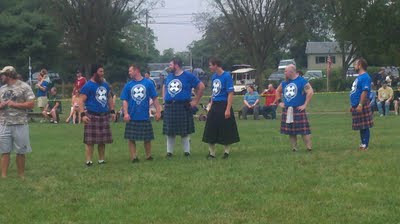 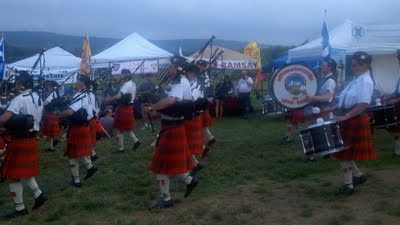 Posted by Constitutional Insurgent at 9:48 AM 0 comments

The Day has Arrived!

I bought a 52" Sharp Quattron HDTV in March......with nothing but visions of watching my Ducks come September. Beer is cold, wings are hot.....all is well in the world.