There are a lot of upset people that believe in traditional marriage. They’re disappointed. They’re down right now, but the court has rules. So here’s where I stand. If I’m president of the United States, here’s what would happen. If you have a church or a mosque or a synagogue, and you’re following your faith and you refuse to perform a same-sex marriage because it’s outside the tenants of your faith, in my presidency, you will not lose your tax-exempt status. If you’re a gay person, or a gay couple, and I’m president of the United States, you will be able to participate in commerce and be a full member of society, consistent with the religious beliefs of others who have rights also…

I don’t believe there is any chance for a constitutional amendment, defining marriage between one man and one woman could get two-thirds votes in the House and Senate and be ratified by three-fourths of the states… In my view if you put it in the platform, in my view, it will hurt us in 2016 because it’s a process that’s not going to bear fruit.


I've never really been a fan of Graham, and am not shilling for him as a POTUS candidate now.....but does he represent the most rational position on the Obergefell ruling, of the crop of GOP prospective?


For thousands of years, marriage flourished without a universal definition and without government intervention. Then came licensing of marriage. In recent decades, we've seen state legislatures and ballot initiatives define marriage, putting government improperly at the helm of this sacred institution
.
Those who care about liberty should not be satisfied with the current situation. Government intervention in marriage presents new threats to religious freedom and provides no advantages, for gay or straight couples, over unlicensed (i.e., traditional) marriage. But we shouldn't blame the Supreme Court for where things stand.


To the extent that Americans across the political spectrum view government marriage as authoritative and unlicensed marriage as quaint, our laws must treat marriage—and the corresponding legal benefits that attach—as they would any other government institution. So, while today's Supreme Court opinion rests upon the false premise that government licensure is necessary to validate the intimate relationships of consenting adults, I applaud the important principle enshrined in this opinion: that government may not violate the equal rights of individuals in any area in which it asserts authority.


And my own analysis: We, as a society of free men....have long concluded that the marriage contract is a basic civil liberty. The denial of this contract, based on gender and sexual orientation....not only serves no purpose [as there is no burden upon the fellow citizen], but is antithetical to the very tenets of liberty....and is unequal protection under the law. The fundamental error in this entire affair, stems back to allowing the State to license this contract.


Further, this ruling is grounded in both the Equal Protection and the Enforcement Clauses [though Thomas had fair argument with respect to Kennedy's over reliance on the Due Process Clause] of the 14th Amendment; with adjudicated precedent dating back at least to the 1866 and 1875 Civil Rights Acts.


All citizens of the United States shall have the same right, in every State or Territory "to engage in real property transactions, make and enforce contracts, and have the right to “the full and equal benefit of the laws.”


And my solution to the social strife? Remove the clergy from the role as an agent of the State, and you've solved not only this problem, but further remove the religious sacrament of marriage from the purview of the State, and place it solely in the hands of the respective denominations.
Posted by Constitutional Insurgent at 7:03 AM 13 comments

SCOTUS rules for Equal Protection Under the Law


This could actually be a boon for the GOP....if they're politically savvy enough to seize upon it. Until this day, a platform of denying civil liberties to fellow American citizens, has been a divisive plank that has kept many from voting for Republican candidates. I've long said that if the GOP were to embrace individual sovereignty and civil liberty...[notwithstanding their liberal spending policies], they would regain enough Libertarian voters to keep the Democrats at bay.


Sadly, as long as they pretend that marriage is not a legal contract between citizens....but rather some unalterable law bequeathed by God [though marriage predates the institution of Christianity], this is an unlikely prospect.


So, more likely....this further entrenches the Democratic Party as the majority.
Posted by Constitutional Insurgent at 11:18 AM 17 comments

So retailers from Walmart to Apple to Amazon to the National Park Service are falling over themselves in an attempt to not be the last entity selling or displaying the battle flag of the Army of Northern Virginia. Oh the horror......

Attempting to erase history to soothe the intellectually frail and those prone to the vapors isn't going to solve problems of racism or violence. The flag in question plays no role in these problems. It's an inanimate object and should be treated as such. But that's how our society reacts....erase a symbol and it will be proof of "doing something!" That's all that matters...the optics.

Meanwhile these seemingly well intentioned folks are ignorant that moves such as this, merely sets a  precedent that may well bite them in the proverbial ass.

The battle flag should no more be flown over a government facility, nor incorporated into a state flag....than should the rainbow flag of the gay rights movement [yet there it is]. As stated on Doc Bailey's blog:

I believe that it is an important part of our past, and should not be consigned to the dust bin.  I thing the confederate battle flag should fly.  With a caveat.  It should fly over reenactments.  I think there is a middle ground, where we can honor the courage and sacrifice of Americans, regardless of side, and also at the same time recognize the wrong done.  Unfortunately, at the time, passions are too high for this to happen.  One can only hope that the blood pressure subside enough that we can take a more realistic look at our history.  Accept both the good and the bad, and learn from both.  Like it or not the Confederate States of America is a large part of American history, and without the CSA, the USA would not be the country it is today.
Posted by Constitutional Insurgent at 5:23 PM 26 comments

“You don’t need an assault weapon to go hunting, it certainly is not part of anybody’s family heritage or family tradition.” – White House Spokesman Josh Earnest


Of course, Josh is either ignorant of the fact that many people hunt with rifles that the gun control camp refers to as "assault weapons".....as well as the fact that they're not mechanically any different than any other semi-automatic rifle...or he is merely proliferating the stale, trite false narratives that his camp always does.


The gun control camps' fetish for willfully conflating semi-automatic rifles with automatic rifles....and emphasis on a 'military' appearance.....lacks integrity and reason that should be expected in discourse amongst adults.


But it's at least entertaining to see him posture as some arbiter of anyone's family heritage or tradition.


"The United States is the only advanced country where this type of mass violence occurs," [WRONG] Reid said from the Senate floor. "Let's do something. We can expand, for example, background checks....[DID NOT, AND WOULD NOT HAVE PREVENTED THE CHARLESTON SHOOTING] We should support not giving guns to people who are mentally ill and felons." [ALREADY AGAINST THE LAW]


Shouldn't we expect more from our elder statesmen? I'm a bit surprised that he didn't fall back on the meme, as POTUS hopeful O'Malley did, on calling for a ban on a type of rifle based on it's appearance.


It appears that Manchin and Toomey will resurrect their failed plot....so the circus continues.

Posted by Constitutional Insurgent at 9:25 AM 38 comments

My backyard this past Friday, around noon. 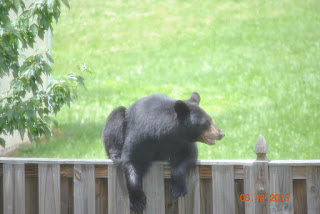 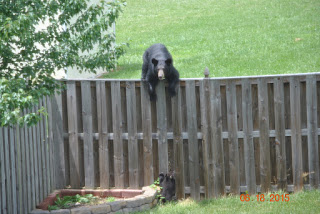 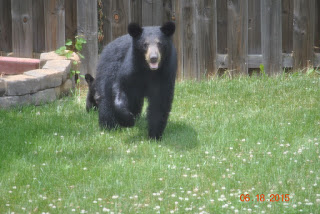 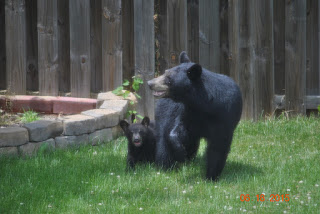 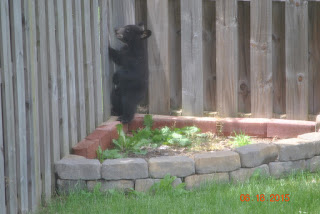 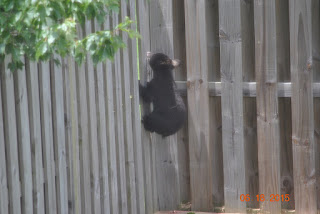 Posted by Constitutional Insurgent at 10:58 AM 8 comments

Piers Morgan is still a dumbass

Embedded in another of his typical polemic [with the usual framing and hyperbole], following the tragic Charleston shooting, Piers Morgan utters the following absurdity:


I’m sick of hearing that the 2nd Amendment can’t be amended to drag it into modern life because the Constitution is such a sacred document. It’s already an AMENDMENT. Do the damn math.


Poor ignorant Piers.......this is exactly what the 2nd Amendment camp has been calling for. We ask that instead of cowardly end-runs...nibbling at the edges in order to mask the true agenda....why won't the gun control camp simply pursue an amendment or revocation of the 2A?
Posted by Constitutional Insurgent at 7:17 AM 50 comments

The bodies in the tragic South Carolina shooting have barely cooled, when POTUS took to the airwaves, and without a shred of reporting as to how the firearm in question was obtained...lambasted the allegedly "easy availability of guns" and went on to use the event as a lazy political jab at those who would see our Constitutional rights infringed beyond recognition.

The jackass couldn't even follow his own script when he stated "Now is the time for mourning and for healing."

Apparently not Mr. President......apparently its time to play politics.

The candidates we deserve..... 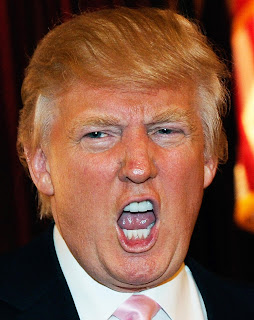 As if it's not bad enough that we have good odds for an electoral showdown between another Bush and another Clinton, we have in the ring......Donald Trump.

Perhaps we do need the Donald....if only to remind us how far we've fallen from the lofty ideals of a once great Republic.

Is it all just a charade?

"I'm thrilled to be here today," said Giffords.  "Thank you for this honor. In Congress I was proud to support our armed forces. I love the Navy. I even married a sailor." Link

Perhaps I'm late to the party on this one, but the USS GG was apparently just christened yesterday.
I guess we've run out of Medal of Honor recipients, or other who are no longer with us....who have contributed mightily to our defense and our culture.
Posted by Constitutional Insurgent at 11:50 AM 37 comments

"[On Gay Marriage] This is tantamount to government establishing religion," Santorum said. "When the United States government comes in and says this is what you are going to believe, this is how you're going to practice your faith, this is a new religion. This violates, in my opinion, the Establishment Clause in the Constitution that says that Congress shall make no law with respect to an establishment of religion. If the government goes around and tells churches what they have to believe in and what their doctrine is, that is something that is a violation of the First Amendment."


Bullshit. Unabashed, embarrassing bullshit. I could care less what he thinks of civil liberties versus special privileges. I wouldn't vote for him regardless. What saddens me, is the his audience doesn't take him to task for his tactic. Either Santorum is stupid [unlikely] or he thinks that his audience is stupid.


No government entitiy is dictating what a citizen or a church can believe. It's literally impossible on it's face, and it's embarrassing to me as an American citizen, that we have clowns like this on the right, proliferating the airwaves with politically motivated false myths and memes.


So, expanding civil liberties in the face of religious opposition, unwilling to relinquish special privileges.....is tantamount to establishing religion. Yet one religion violating the Establishment Clause is somehow just....but the other alleged 'religion' allegedly doing likewise...is bad?


This guy wants to be your President
Posted by Constitutional Insurgent at 10:25 AM 4 comments