Posted by Constitutional Insurgent at 9:09 AM 6 comments

“The biggest problems we’re facing right now have to do with George Bush trying to bring more and more power into the executive branch and not go through Congress at all. And that’s what I intend to reverse when I am president of the United States of America.” — Senator Barak Obama, March 31, 2008
Posted by Constitutional Insurgent at 5:46 PM 33 comments

Acknowledge our invisible sky-God...or else

For years, PetSmart has refused to use the word Christmas on its website, in television commercials, newspaper ads and in-store promotions, despite tens of thousands of consumer requests to recognize Christmas and in spite of repeated requests from AFA to do the same.


Want proof? Go to www.PetSmart.com and type "Christmas" in the search bar. As of today, the website brings up zero results, although the company’s website is clearly marketing to "Christmas" shoppers.


At PetSmart, you'll find a "Holiday Shop," a "holiday" wish list and plenty of "holiday" items, but you won't find "Christmas."


Ironically, PetSmart had no problem with saying Halloween though. They promoted their "Halloween Shop" very heavily for weeks in October. So why are they so afraid of Christmas?


PetSmart is censoring the word Christmas, pure and simple. Yet the company wants all the people who celebrate Christmas to do their shopping at its stores.


Until PetSmart proves it recognizes Christmas by using it in their newspaper, radio and television advertising or in-store signage, the boycott will be promoted throughout this Christmas season.


AFA has successfully influenced (intimidated?) almost all of the nation's largest retailers to embrace the use of Christmas in their advertising. But at PetSmart, it's "Bah, Humbug!"


Translation: Our personal faith is sustained by the politically correct buzz words and catch-phrases of the general public, inextricably linking the chosen day of celebration for the birth of our savior, with mass marketing and crass consumerism.


They should just rename it McChristmas.....

This couldn't even be imagined. h/t SNAFU!

The Conundrum of a Jihadi 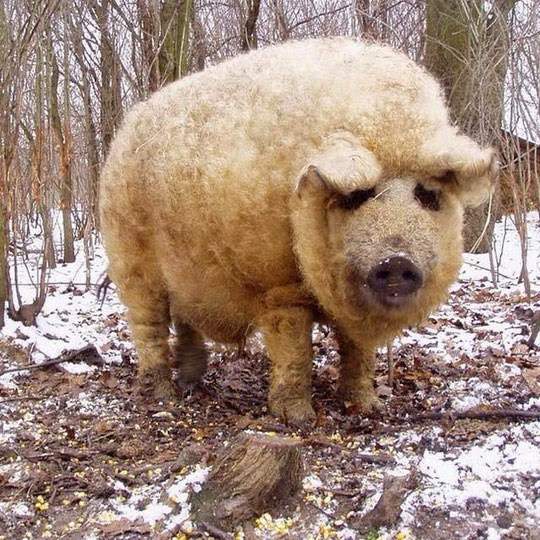 In the 9th Circuit Court motion by the State of California to appeal the Peruta v. San Diego ruling:


The panel denied motions to intervene, which were filed after the panel’s opinion and judgment holding that a responsible, law-abiding citizen has a right under the Second Amendment to carry a firearm in public for self-defense. The panel held that the movants did not meet the heavy
burden of demonstrating imperative reasons in favor of intervention on appeal. Noting that the movants sought intervention more than four years after the case began, the panel stated that the stage of the proceedings, the length of the delay, and the reason for the delay all weighed against
timeliness. In the absence of a timely motion, intervention was unavailable.

The panel further concluded that 28 U.S.C. § 2403 and Federal Rule of Civil Procedure 5.1 did not provide a basis for intervention because the panel’s opinion never drew into question the Constitutionality of any California statute, but only questioned San Diego County’s exercise of regulatory authority under the relevant state statutes, specifically the County’s policy that an assertion of self-defense is insufficient to demonstrate “good cause” under the California statutory scheme.


From Reason: The upshot is that with both San Diego and the state government now out of the picture, there is no longer any party left with potential standing to challenge the 9th Circuit's decision. Peruta's holding that "the right to bear arms includes the right to carry an operable firearm outside the home for the lawful purpose of self-defense" is now the law of the land in both California and the rest of the territory covered by the 9th Circuit.
Posted by Constitutional Insurgent at 7:34 AM 23 comments

The Obamacare charade......from the horse's mouth

Obamacare architect Jonathan Gruber said that lack of transparency was a major part of getting Obamacare passed because “the stupidity of the American voter” would have killed the law if more people knew what was in it.

Gruber, the MIT professor who served as a technical consultant to the Obama administration during Obamacare’s design, also made clear during a panel quietly captured on video that the individual mandate, which was only upheld by the Supreme Court because it was a tax, was not actually a tax.

“This bill was written in a tortured way to make sure CBO did not score the mandate as taxes. If CBO scored the mandate as taxes, the bill dies. Okay, so it’s written to do that.  In terms of risk rated subsidies, if you had a law which said that healthy people are going to pay in – you made explicit healthy people pay in and sick people get money, it would not have passed… Lack of transparency is a huge political advantage. And basically, call it the stupidity of the American voter or whatever, but basically that was really really critical for the thing to pass.”

Of course, repeal efforts are doomed to failure, because it's already been implemented. Once pigs make it to the trough, its hell to convince them to back away......
Posted by Constitutional Insurgent at 11:35 PM 11 comments