Sitting here in a coffee shop on the main drag of Waikiki, watching the locals, the tourists and the Pro-Bowl fans.....trying to decide if my inaugural sunburn has healed enough to hit the beach again before I work out. 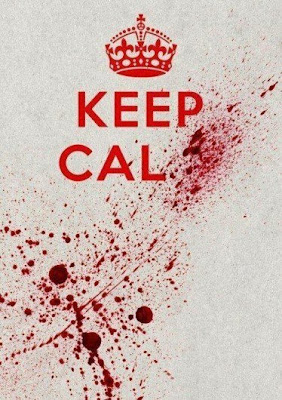 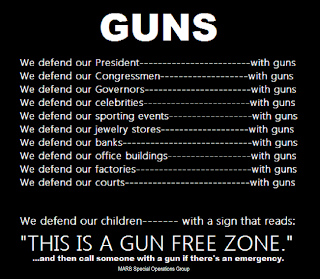 MacAidan "Mac" Gallegos was only 5 when his father, Army Sgt. Justin Gallegos, was killed in Afghanistan in 2009. Not a day goes by that he doesn't think about him. On days like Jan. 24, his father's 31st birthday, he has found a special way to celebrate his birthday and honor his memory.

"I wanted to write my dad a letter and get it as close to heaven as possible," said Mac.

Mac and his mother Amanda Marr discussed ways to get the letter to heaven but ultimately decided that having someone fly it would be the best.

"I posted on Facebook that we were looking for a pilot who could fly the letter for Mac," said Marr. "Kyle Moxley from HAVE Alaska contacted me and said he would coordinate and try to make it happen."

Helping American Veterans Experience Alaska, or HAVE Alaska, was stood up in 2010 by Moxley and his wife Karla to provide opportunities for Veterans to experience hunting and fishing excursions in Alaska.

Before stepping to fly Lt. Col. Brian Baldwin, a Reserve F-22 pilot assigned to the 302nd Fighter Squadron, met Mac at his F-22 where the little boy handed over the letter to his father written on red construction paper, his dad's favorite color.

"It is an honor to fly with Mac's letter," said Baldwin. "His father gave the greatest sacrifice to our country and I am humbled to be able to do something for him and his family."

Mac and his family have baked cupcakes and said they look forward to taking time out to remember Gallegos on his birthday.

"Over the years we would have a party for Justin on his birthday," said Marr, who grew up in Palmer, Alaska but now resides in Anchorage. "As Mac has gotten older we have turned it into a day where we do "Acts of Service" for others. It is important for us to remember Justin and celebrate his life."
Posted by Constitutional Insurgent at 2:46 PM 0 comments

The Second Amendment and the gun control crowd.

Instead we see them attempt to define the 2nd Amendment as protecting the rights of "hunters and sportsmen" with the firearms the state deems them privileged to obtain. [I don't remember any sportsmen during the Colonial and Revolutionary period....] That's OK, we can play that game too....most AR variants are called sporting rifles. There, problem solved.

We see politicians explicitly proclaim that "the state should have a monopoly on legitimate violence" [Nadler, D-NY]

We see politicians proclaim that certain cosmetic, ergonomic and mechanical features define a firearm as an "assault weapon"....yet are utterly incapable of specifying why those features add lethality to the firearm...and in the one case that could be made, the detachable magazine, they ignore the feature in the other weapons that kill far more people every year. By her definition, every semi-automatic is an "assault weapon".

They do this, because they think they can demonize the firearm, because it's scary looking to people who think guns are icky. It's the intellectually lazy tact, and it has many followers and enablers.

They point to precedent of banning fully automatic firearms [for most Americans], and use it to bolster their argument to ban more firearms [again, based largely on cosmetic features]. Yet they are uniformly blind to the precedent we've seen in other Western nations who followed this same road to it's logical conclusion.

No, they won't attempt what they really want, which is to overturn the 2nd Amendment. They'll play the games that the sheep will cheer.
Posted by Constitutional Insurgent at 10:46 PM 1 comments

Posted by Constitutional Insurgent at 10:18 AM 0 comments

My family and I wanted to drop you a short note to tell you how pleased we are with the great strides you are making in your recovery. In our country's spirit of understanding and forgiveness, we want you to know that we bear no grudge against you for shooting Ronnie.

We are fully aware that mental stress and pain could have driven you to such an act of desperation. We're confident that you will soon make a complete recovery and return to your family to join the world again as a healthy and productive man.

P.S. While you have been incarcerated, Barack Obama has been banging Jodie Foster like a screen door in a tornado. You might want to look into that.
Posted by Constitutional Insurgent at 10:03 AM 0 comments 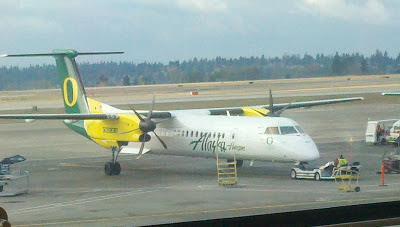 Heading out to the Pacific AOR for a six month deployment. Blogging will be light until I get settled, and during any travels around the region.

At least I'll be back before Oregon football season starts again.

In the meantime, my loyal and beautiful Duck Fans will hold down the fort.
Posted by Constitutional Insurgent at 5:09 PM 1 comments

Wyoming stands tall for the 2A

AN ACT relating to firearms; providing that any federal law which attempts to ban a semi-automatic firearm or to limit the size of a magazine of a firearm or other limitation on firearms in this state shall be unenforceable in Wyoming; providing a penalty; and providing for an effective date.

Apparently someone forgot to renew "senatorfeinstein.com". Either that or she should have purchased the name.

Well worth clicky the linky....
Posted by Constitutional Insurgent at 6:01 PM 3 comments

Although a lot of left-leaning politicians and gun control advocates won't hear it, no firearm classified as an 'assault weapon' under the Title XI of the Federal Violent Crime Control and Law Enforcement Act of 1994, Subtitle A (the Public Safety and Recreational Firearms Use Protection Act), better known as the Assault Weapon's Ban, was an assault rifle. The code listed 19 specific arms, which included the Colt AR-15, and a number of AK-inspired rifles.

Firearms Talk
Posted by Constitutional Insurgent at 7:22 AM 7 comments

A Marine continues to defend our rights....will you?

I will not register my weapons should this bill be passed, as I do not believe it is the government's right to know what I own. Nor do I think it prudent to tell you what I own so that it may be taken from me by a group of people who enjoy armed protection yet decry me having the same a crime. You ma'am have overstepped a line that is not your domain. I am a Marine Corps Veteran of 8 years, and I will not have some woman who proclaims the evil of an inanimate object, yet carries one, tell me I may not have one.

I am the man who fought for my country. I am the man who learned. I am an American. You will not tell me that I must register my semi-automatic AR-15 because of the actions of some evil man.

I will not be disarmed to suit the fear that has been established by the media and your misinformation campaign against the American public.

We, the people, deserve better than you.

Link
Posted by Constitutional Insurgent at 9:35 AM 3 comments

More Lies of the Media

From the same media outlet that decided to publicly post the names and addresses of registered, and law abiding gun owners on two NY counties, comes another deliberately false missive, designed to mislead readers to support an ideological agenda.


However, one would hope that gun owners, whether or not they are members of the National Rifle Association, might be able to transfer their outrage over the website to more meaningful actions. There are so many responsible and nonthreatening actions that they could be pursuing, and as gun owners their collective voice would be especially powerful in demanding that those lawmakers who are scared of and subservient to the NRA have the courage to support responsible legislation. One logical piece of legislation that should command the support of every rational citizen would be to prevent the easy purchase of guns by criminals and the mentally ill at gun shows, flea markets, and the Internet. Indeed, anyone can purchase on the Internet today and have delivered tomorrow the weapon that killed the children in Newtown, the moviegoers in Aurora, Colo., the volunteer firefighters in upstate New York, and the thousands of young black and Hispanic men killed each year in cities across the country.

Firearms purchased over the internet must be delivered to authorized and licensed firearms dealers and turned over [with a fee] to the customer only after a satisfactory background check. Absolutely no different than walking into a gun store and conducting a purchase from start to finish.

Utter fabrication for political gain. And it's disgusting.

Light blogging of late, since I'm gearing up for a deployment, work has been brutal. So many firearm and liberty issues recently...so little time.

But I did have to carve out some precious sleep time to watch my beloved Oregon Ducks thump a very good Kansas State team last night. Not only am I ecstatic due to some very lean years as a Quacker Backer throughout my life, but last night had special meaning given the three years I was exiled to Manhattan, Kansas and the 1st Infantry Division. I got so tired of seeing purple [and simply being in Kansas], and a fond desire was to see the Wildcats host the Ducks. I thought my wish came true when the two teams were slated for a Home and Home last year....then K State backed out when Oregon had the opportunity to play LSU.

I'm rather sleepy this morning, which means extra coffee while I try to save the world. But it's a happy sort of sleepy.

GO DUCKS!
Posted by Constitutional Insurgent at 8:14 AM 0 comments