Crunchy chicks* that is. 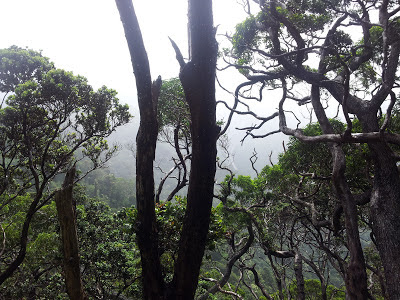 Hiked the Aiea Loop again. It's been raining Ppoki's and `Ilio's [cats and dogs] for the last week, so I knew my ridgeline hiking was going to be limited. I was going to attempt the Aiea Ridge Trail, but after taking the Loop trail to the branch, and on to the Ridge trail....it was simply to slippery, with high winds and driving rain. So, since the Loop trail is you know....a loop, I decided to go around once, the turn around at the end point and go back around counter-clockwise.

I reaffirmed my trail snobbery, by inwardly chuckling at the 'pedestrians' slipping and sliding along the loop trail in all manner of street shoes. I rocked the History of Britain podcast the entire way. Yep, I'm just that kind of dork.

Not a hard trail, but challenging today. It was a right muddy mess, as evidenced below. 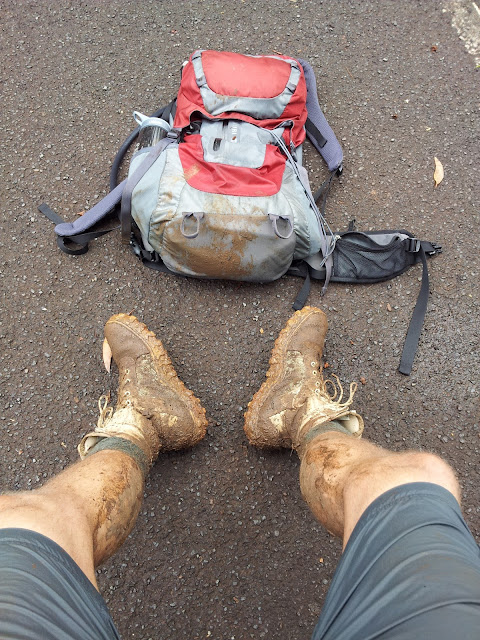 * Crunchy chicks - Women who fear neither mud nor sweat; them that can tackle terrain like the hardiest of men; women who are naturally beautiful without the need for mani/pedi's and makeup; adventurous in spirit, but well grounded and laid back. I like 'em so much, I married one.
Posted by Constitutional Insurgent at 9:52 PM