The Church of San Pietro in Mavino: It was founded, according to tradition, by local fishermen in Lombard times. A part of the old building is still standing, although with additions and changes that have occurred in various periods, including Romanesque (XI-XII century).

The building stands on the highest point of the peninsula of Sirmione, outside the town, not far from the ruins of the so-called "Grotte di Catullo" (famous archaeological site with the remains of a large residential building from the Roman period, and become reactivated Lombard period in fortified site).

The church of San Pietro in Mavino is today a rectangular nave with three semicircular apses to the east, and draws buildings of Carolingian derivation of the VIII-IX centuries.

A bit off the beaten path from the usual tourist trade, a small sign will take you to a small, but stunning church.

The frescoes date from between the 12th and 16th centuries. 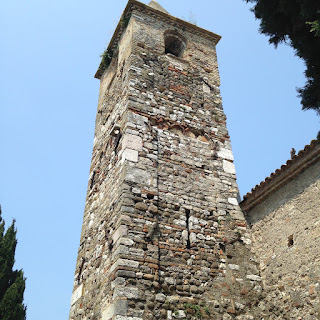 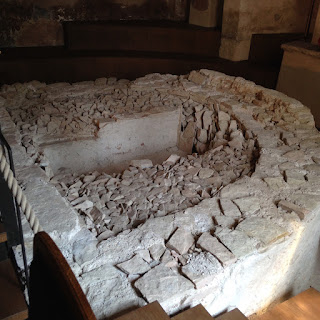 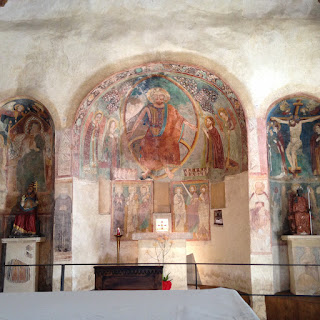 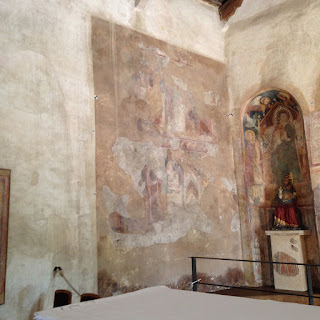 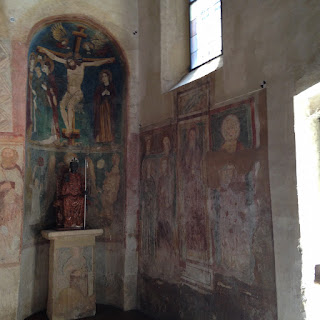 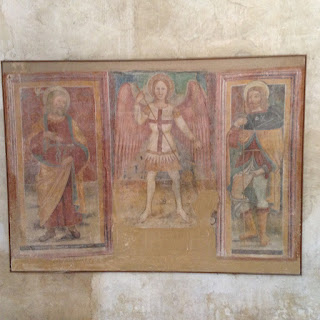 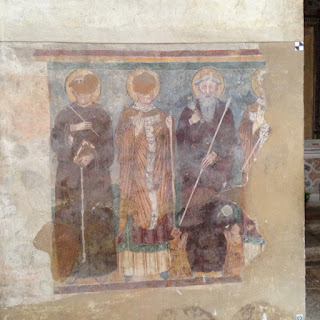 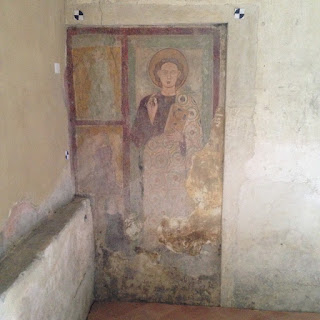 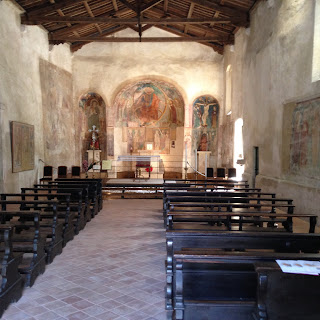 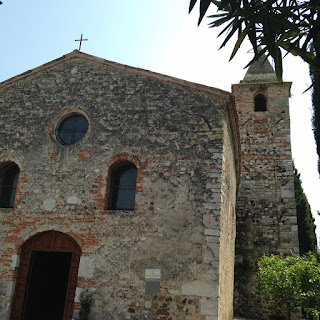 Posted by Constitutional Insurgent at 2:29 PM